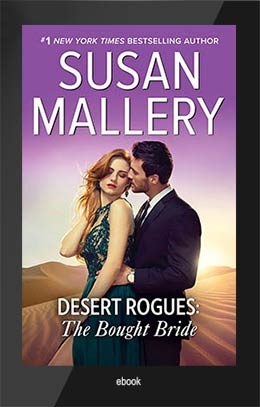 Original title: The Sheik and The Bought Bride

It was bad enough being hauled out of bed by palace guards. Now Victoria McCallan had just offered to pay off her father's gambling debts - with herself as the prize! So the palace secretary was shocked when sexy Prince Kateb made her a counteroffer…

When Kateb whisked Victoria off to the desert to be his mistress for six months, the widowed ruler had no intention of falling in love. But the outspoken Texas transplant was soon tempting him to change his royal ways. Duty decreed the El Deharia sheik should wed a proper mate, but Kateb's heart was telling him something else: to claim Victoria as his woman - now and forever.