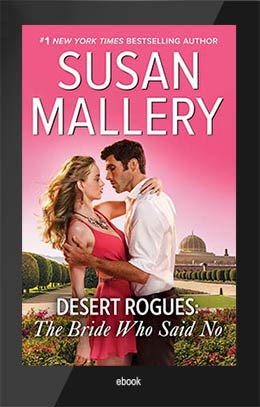 The Bride Who Said No

Original title: The Sheik and The Bride Who Said No

Everything about the palace had always intrigued her…including the incredibly handsome crown prince himself. There was no denying that Murat was a man of mystery, power and many talents. But for a husband, Daphne Snowden wanted more. Sure, future “queen” sounded lovely, but she wanted someone who saw her as more than a woman to bear the next heir to the throne. Someone who respected her. Someone who loved her.

Still, there was that niggling burning desire and unfinished business between them…

And though time had changed him, it had not erased her interest in the only man she ever loved. But obey his demands and marry him? Never!