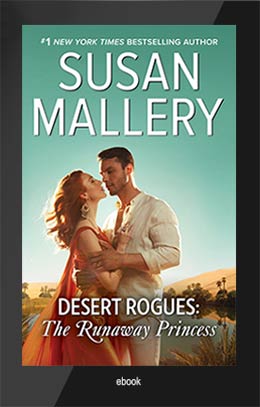 Original title: The Sheik and The Runaway Princess

He'd kidnapped a princess! How dare he! And how dare her body betray her so recklessly at Prince Kardal Khan's heated touch? How dare she feel cared for in her captor's tender embrace? All the lonely princess had ever wanted was someone to love her…but falling for the sexy sheik who'd stolen her as his slave was out of the question!

He'd rescued his wife. He might be the Prince of Thieves, but when it came to the half-American Princess Sabra whom he'd rescued from the desert, he wasn't stealing…he was claiming what was rightfully his. Because though she didn't know it, the stubborn beauty was betrothed to be his wife!