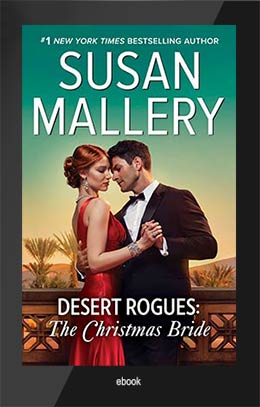 Original title: The Sheik and The Christmas Bride

Dedicated teacher Kayleen James was determined to safeguard the future of her orphaned students - even if it meant defying Prince As'ad of El Deharia himself! But the seductive ruler stunned her by offering to adopt the three little girls. On one condition…

Suddenly As-ad was a single father in desperate need of a nanny, and Kayleen was the only woman for the job. Soon the palace was in an uproar - all because of the spirited redhead. Losing his heart wasn't part of the arrangement, until Kayleen showed the honor-bound sheik what he'd been missing. Could he convince her that she belonged in his exotic desert kingdom as his princess - and his wife?